Matthieu was born in Lodève in 1982, in the Hérault region, to parents who were in the medical trade; his father was a doctor and his mother a pharmacist. Nothing hinted towards a life in the kitchen for him.

It’s not until the age of 10 that he discovers the flavours and ingredients of Morocco on one of his many trips there to see his grandmother, originally of Algerian descent, who had since moved to the country.
There he would discover all the classics of oriental cooking and also the French-Moroccan cuisine of André Halbert, the expatriated French chef, in Casablanca where he would spend all of his holidays from the age of twelve, right up until he started his professional career in the kitchen. There he learned the finest French bourgeois cuisine using only the best Moroccan ingredients. From the big central market in Casablanca, through the kitchens of André Halbert and into his grandmother’s ovens, Matthieu found a taste for a cuisine mixed with different influences, but first and foremost a cuisine with strong and pronounced flavours. These youthful years spent in Morocco would go on to mark his future cooking style. 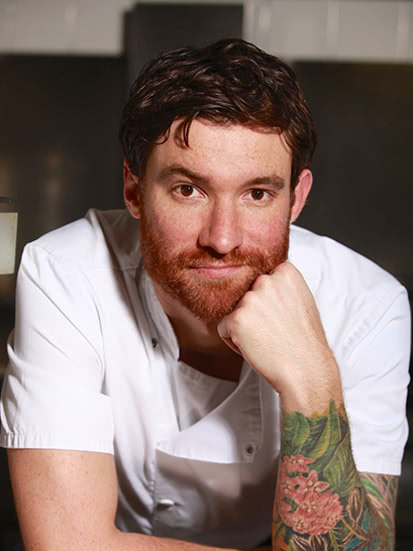 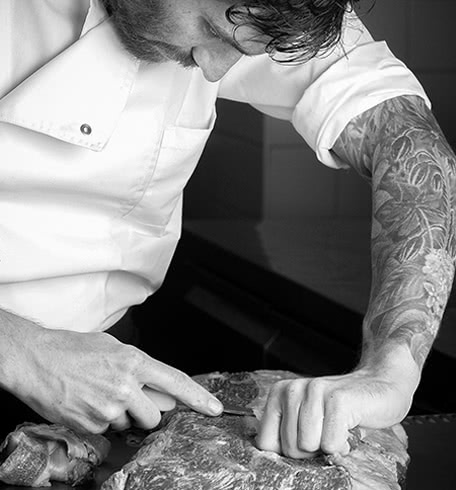 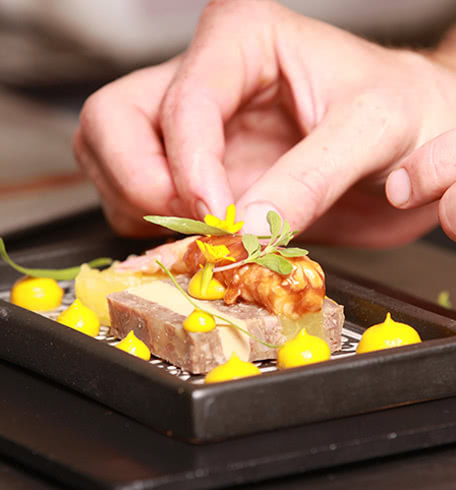 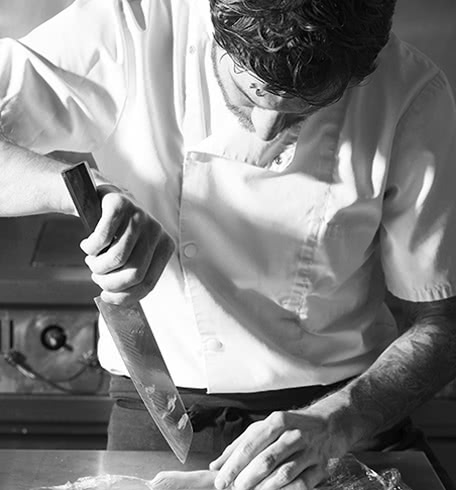 It’s natural then that he would start an apprenticeship aged 18 in the kitchen, with his high school diploma in social science and economics already secured, he headed off to the kitchens of Gilles Etéocle, a double Michelin starred chef and ‘Best Worker in France’ in Montrond-les-bains in the Loire Valley. There he would spend 3 years, and learn a solid base of classic French cooking as well as pastry chef skills. Despite these three sometimes rough and difficult years, Matthieu would continue on to the prestigious kitchens of the Auberge de l’Ill in Illhaeusern, with 3 Michelin stars to its name, where he would spend three fantastic years working next to Paul and Marc Haeberlin. He would next move into the kitchens of Michel and Sébastien Bras in Laguiole where he spent 2 great years. It’s during this time working in close contact with the Bras family that Matthieu really develops the desire to establish his own restaurant and he truly becomes aware of the power of cooking as a form of expression. After a spell with Mathieu Viannay in Lyon (2 Michelin stars) he took the decision to open his restaurant in Gignac in the Herault region in October 2007. Fifteen months after opening, Matthieu earns a Michelin star, which he has held ever since. He was also elected ‘Young Talent Languedoc Roussillon’ in 2009 for the Gault et Millau guide and then, in the same guide, he was named ‘Future Great’ in 2014. After more than 10 years in Gignac, and a solid reputation built, it’s onto Pezenas and the Priory of Saint Jean de Bebian where he settled into his plush surroundings. His cuisine is one of where produce is king, without unwanted deconstruction with what we could call this frenzied and never-ending search: the search for childhood flavours and lost memories. 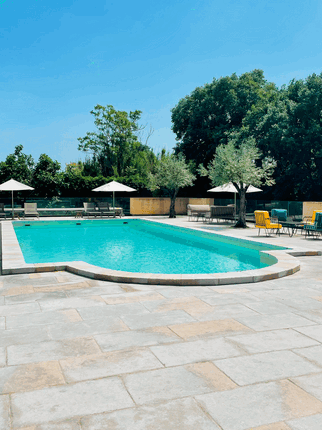 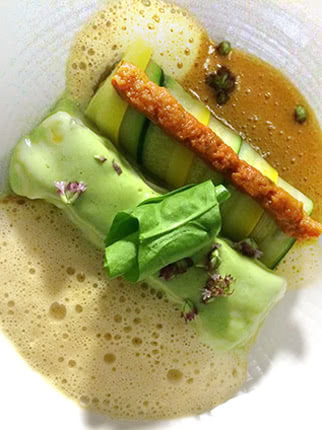 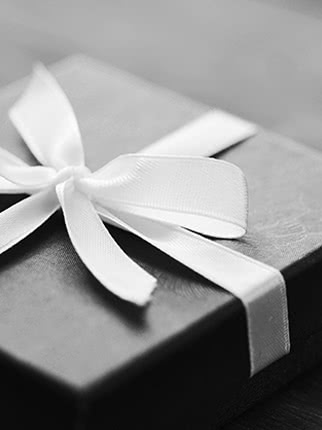